The Emir of Kano, Muhammadu Sanusi 11 came into national consciousness in June 2009 when the late President Umaru Musa Yar’adua nominated him as the governor of the Nigerian Central bank. Prior to that time, he had been operating at a very high level in the Nigerian banking sector having worked at the United Bank for Africa as General Manager and the First Bank of Nigeria as the first Northerner Managing Director.

He made remarkable reforms at the CBN having come in during the global financial Crisis. His impact was felt in the country’s apex bank as he initiated extensive reforms in the banking sector.
He left the banking sector and by June 2014 was crowned the 14th Emir of Kano following the death of Emir Ado Bayero. Since taking the throne, Emir Sanusi has used his knowledge, education and exposure to advocate for economic, social, religious and cultural reforms in the country especially in the Northern region given the level of illiteracy and poverty there.
Emir Sanusi’s keynote address at the Second Kaduna Economic Summit in 2016 resonated across the country and even beyond. He advocated for serious re-strategizing by the Northern governments to increase productivity and reduce poverty, develop healthcare and reform certain Islamic laws in line with other Muslim nations like Malaysia where if you must divorce your wife, you must share the acquired wealth in two and give the woman her due. Presently in the North, all a man needs do to divorce a woman is to take the decision and the marriage is over, no compensation, no provisions, nothing. He has expressed his opinion about the unchecked population growth and the non-investment in education and projecting the economic doom that might hit the region and by implication the country if nothing urgent is done to address the situation.

However, over the weekend, while giving a speech at the 6th Convocation Ceremony of the Nile University in Abuja where he was also conferred with an Honorary Doctor of Science, he blamed Nigerians for the mistake of ‘electing uneducated leaders who subsequently could not give quality education when they got into government’. He advised that Nigerians must, “take an interest in the quality of leaders and representatives and their level of education. If you look around this country, at many levels of leadership, we have elected and we have chosen to elect people who do not have education. And because they are not educated, they cannot give education”.
The Emir made a valid point. However, it does appear that he somewhat played a bit of the Ostrich while delivering his speech. Does the Emir not realize that the greatest problem of the nineteen Northern states whose statistics matter during elections have the greatest number of illiterate adults and out-of- school children that UNESCO and World Bank have been worried about? How would illiterate voters whose only motivation is creed be able to make informed decisions of electing ‘educated’ candidates at the polling booths? The blind selecting the sighted?
Again, having seen how the political parties conducted very chaotic and often flawed state congresses and primaries, how credible will the elections be? How did the candidates emerge? Did the parties consider education in the candidates they chose? Are there quality benchmarks for Nigerian political candidates? 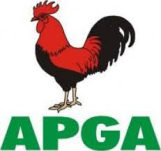 Has the very educated and socially informed Emir not listened to the former Deputy Senate President, Ibrahim Mantu confessing on Channels TV that for twenty odd years, he had practically ‘bought’ victory at the polls by bribing INEC staff, Security agencies etc., (and possibly armed thugs for violence too) not only for his own elections but for anyone in his party? In a country with no ideologically driven political parties, a Mantu just voiced what is a national malaise and which nothing has been done to address.
We have a very flawed electoral system that from the ward congresses to the party primaries are hijacked by party leaderships and their cronies. How then can the Emir’s audience at the University be a target for the reformation of the electoral process?
The system is so warped that the electorate are often too handicapped to influence election winners in Nigeria. In the North where the Emir has his throne, the illiteracy and poverty levels are dizzying, so how would a predominantly illiterate population “ELECT” educated candidates so that education can be improved?
One would wish the Emir use his influence to persuade the governors of the nineteen Northern states to seriously declare an emergency in the education sector to take illiteracy off the region with its multiplier effect of generally improving lifestyles that would reduce poverty, improves health and increase productivity.
The Emir’s speech was appropriate but the audience was a wrong target. The Nigerian brand of democracy is the most flawed, most litigious and violent in the continent. Without some serious fundamental changes, the electoral process would continue to be some rubber stamp for candidates that emerge from very equally flawed electoral processes in a country where political power seem not to be about service to the people but about ego and return on investment. The Emir must as a matter of urgency address the leadership in his zone if the country must move away from being the poverty capital of the world.
***LEAR SHARIBU AND OTHER ABDUCTED MEN AND WOMEN ARE STILL IN CAPTIVITY!!!

Leave your comments below!!

View all posts by nnediosviews

This site uses Akismet to reduce spam. Learn how your comment data is processed.